Saluation to parada (Para shiva who is Rasabhairava)which is God of kaula marga or kaulika, you are the only one who help us to cross ocean of material plane ( samasara samudra)which is full of vyadi due to karmic burden, tridosha and unbalanced pranic flow in physic centers called chakras, who give eight fold siddhis called Asta siddhis. You are the only one who can gives us health, wealth and longlife. You can only give us moksha.

Rasa siddhi is attained at the 9 the avarana in srichakra navarana worship before moving to 10 th moksha siddhi.

Purified Rasa/ parad ( extracted mercury undergone 8 samskaras ) is Brahmadeva, solidified Rasa/ parad is vishnu, Rasa /parad which has again undergone process like ranjana and kramana is Shiva. Thus wearing of parad gutika or worshipping of Mahalingam gives you knowlege, health, wealth and moksha and even Mahasamrajya siddhi. In ancient time the usage of Rasabhasma made by siddha under proper guidance of Guru and proper samaskaras has given Deha siddhi ( kayakalpa).

My experiance of this practice of Rasabhairva sadhana and Rasashastra have given good results in material and spiritual aspects. So we started researching the hidden secrets of Rasashastra and also teaching this Rasabhairava sadhana to aspirants . Below i have mention some of gutikas we have made and used and their process which has to be gone through. This is from old traditional manuscripts collection from Guruparamapara.

Process 1 Purification of cinnabar and extracting rasa (Mercury) from it

Process 3 Making faces to rasa and treating it with drutis and sattavas, Binding of jaritha and bubukshita Rasa with purified navaratna( or nava mulika) gold or silver or copper according to the result needed.

Process 5 Giving deeksha to the Gutika using appropriate herbs to get desired result. In the process of making parad divine and more powerful moolika deeksha and sanyasa is most important process.

Process 6 Giving mantra,tantra, yantra and linga and jeeva pratishta for the Rasa linga or gutika for making it divine Energizing Gutika with chanting of powerfull mantras.

1. Khechari mani/ gutika ( Yogic ball) is used for higher yogic practice like shambhava siddhi a state which power of consciousness suddenly dissolve in to the great void or maha shunya which gives the kecharatva or vyoma shambhava or inactive state or without spanda.

2. Dyana mani/ gutika (Meditation ball) is normally used for peace of mind and for the process of yoga prakriya which shines the consiousness into full bliss which is called ahlada which results the flow of soma because of samarasya. Flow of yogic wisdom is also experianced here.

4.. Raksha mani/gutika ( Protection ball) is normally used for graha shanti, protection an and health.This is programmed with Durga navakshari, Navakshari maha mantra, malamantra and saptashati samputikaranam. Different verses of saptashati is complied with shulini for shanti.

Kauilkeswara Mahalingam or Rasabhiarava maha lingam can also be made and worshipped who are initiated into srividya kaula marga tradition with Rasa siddhi and swarna siddhi upaya. 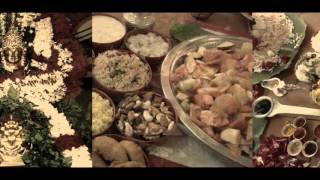 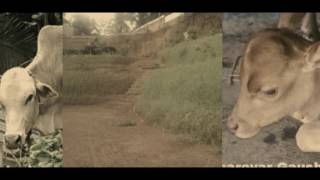